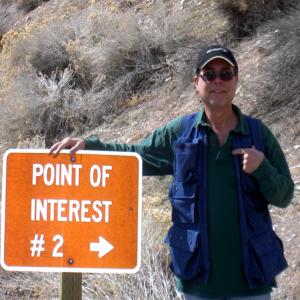 Dr. Lew Graham earned a B.S. degree in Psychology from Virginia Commonwealth University and an M.S. from the University of Georgia, where he also was awarded a Ph.D. degree in Clinical Psychology with a co-major in Psychophysiology — the result of his leading-edge interest in the mind-body connection.   (Google search = 63,000,000+results.)

After graduation, Dr. Graham pursued a three-year post-doctoral training curriculum as a U.S. Public Health Service Fellow and served as an adjunct faculty member at the Stanford University School of Medicine, Department of Medicine. In 1981 he was granted a completion certificate in Epidemiology, Biostatistics, Behavioral and Preventive Medicine before entering a business career.  Having been a marathoner and amateur triathlete at Stanford, he competed in the World Championship Triathlon in Nice, France in 1983.  He also undertook community service as a Planning Commissioner who was later elected to the City Council in Brisbane, California, with one term as Mayor.

Starting in 1987, Dr. Graham began a 13-year program of divinity studies. Ultimately he was ordained as a minister by both the Temple of Knowledge and the Huna Heiau, which also awarded him its Doctorate of Divinity degree (D.D.) in March 2000 after years of dedicated learning and wide-ranging Gnostic immersion.

Dr. Graham’s esoteric learning and his in-depth exposure to multiple areas of orthodox research have been unique assets in the GNOSIS series.  He has applied both areas of knowledge in a novel fusion of science and spirituality.

For more about Dr. Graham and his work, see his revealing 2016 autobiography APOTHEOSIS – Last Lap in the Human Race, which was inspired by readers’ responses to a full-chapter interview in Gabriel D. Roberts’ 2014 book:  The Quest For Gnosis – Spirituality Beyond Dogma.